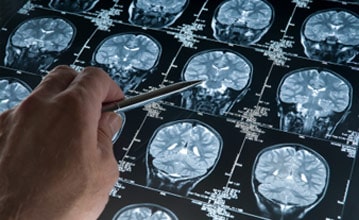 Parkinson’s Disease is a progressive neurological disorder that affects around one million people in the United States. Almost a quarter of people who suffer from Parkinson’s have a family member with the disease.

Tremors is the symptom that is most commonly associated with Parkinson’s Disease. It will usually start in the hand or fingers, and eventually progress to the rest of the body.

Unfortunately, there is no test that can be used to diagnose Parkinson’s Disease. You should speak with a neurologist who will review your medical history and current symptoms to determine if a diagnosis of Parkinson’s Disease fits. A neurologist will perform multiple tests to eliminate other similar diagnoses. Follow up appointments may be required as Parkinson’s may need to be monitored to see if conditions worsen.

Although the medical industry is working towards a cure for Parkinson’s Disease, presently, there is no cure. However, there are medications that can be used to help treat symptoms. It is also very common for doctors to also prescribe physical therapy.

Because Parkinson's Disease presents itself differently among people, treatment can vary. Common medications for treating Parkinson’s Disease can include Duopa/Carbidopa-levodopa, Amantadine, and many more.

Dr. Seth Tuwiner and the Virginia Center for Neuroscience can help diagnose Parkinson's and connect you with the resources you need to help deal with the progression of the illness. Call us today at 703-293-5244.